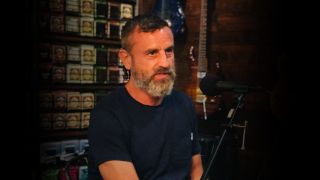 Ernie Ball has released the debut episode of its new podcast series, Striking a Chord, featuring an interview with Tool bassist Justin Chancellor.

The episode covers a wide range of Tool topics, including a look into their songwriting process and the band’s experience of recently releasing their music onto streaming platforms.

Chancellor also discusses his studio bass setup, why he was reluctant to join the band in 1995 and the reasoning behind their no-cell-phone policy at live shows.

The new bi-monthly, audio-only podcast is hosted by Ernie Ball brand ambassador Evan Ball. According to the company, the series will feature artists discussing their inspirations and passions, examining what drives them to pursue music and write songs and uncovering the catalysts that inspired their albums, songs and more.

You can check it out on iTunes, Google Play, Spotify, and other platforms.