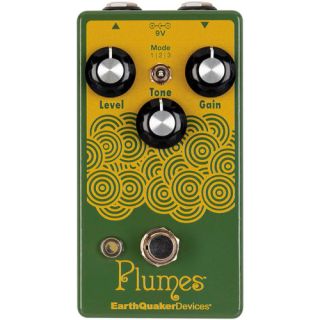 Additionally, the Plumes is equipped with Flexi-Switch technology, offering both momentary and latching-style footswitching, as well as soft-touch true bypass switching.

The Plumes is available beginning August 3 for the low price of $99.