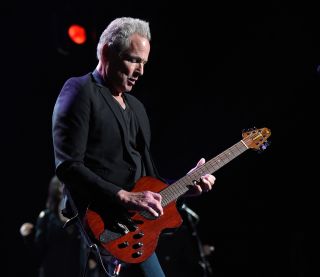 Lindsey Buckingham underwent open-heart surgery earlier this year, and now the former Fleetwood Mac singer and guitarist has made his first public appearance since the operation. This past weekend, Buckingham performed at his daughter Leelee’s high school graduation, picking an acoustic rendition of “Landslide,” from Fleetwood Mac’s 1975 self-titled album, as students sang the lyrics behind him.

Lindsey’s wife, Kristen Buckingham, posted a snippet of the performance to Instagram, which you can check out below.

She also tweeted: “Last night was epic. First time I’ve seen Lindsey play in the last 4 mos, all the while Leelee ending her high school career. AND she sings a little ‘Landslide’ with her dad. I cried, I’ll admit it. Never know what’s ahead so enjoy the moment.”

Earlier last year Buckingham was fired by Fleetwood Mac following a disagreement over the band's current tour. In October, the singer and guitarist filed suit against the band for his dismissal.

In a statement to Rolling Stone about the lawsuit, Buckingham said: “Last January, Fleetwood Mac made the decision to continue to tour without me.

“I remain deeply surprised and saddened, as this decision ends the beautiful 43-year legacy we built together. Over the last eight months, our many efforts to come to an agreement have unfortunately proved elusive. I’m looking forward to closure, and will always remain proud of all that we created, and what that legacy represents.”