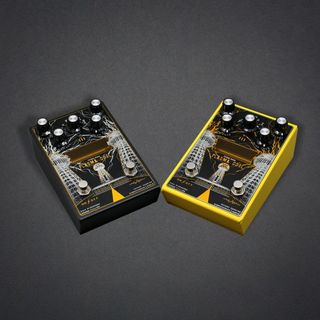 Third Man Hardware has announced the release of the Plasma Coil, a special version of the Plasma pedal created by Gamechanger Audio and Third Man Records.

The Plasma Coil utilizes Gamechanger’s High Voltage Distortion technology, which, according to the company, expresses an audio signal as a series of electrical discharges and amplifies audio signals to 3500 volts.

The new Plasma Coil adds in multiple octave-style circuits and an additional effects footswitch that can be toggled as latching or momentary.

Additionally, the original pedal’s Blend control has been removed, making the new version “100% PLASMA” all the time.

The combination distortion and octave effect pedal, used by Jack White on his current tour with the Raconteurs, is available in black ($300) and special-edition yellow ($350) exclusively at Third Man's online and physical stores.

For more information or to purchase, head here.