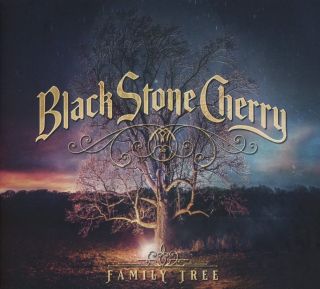 Black Stone Cherry have announced new U.S. tour dates in support of their most recent album, Family Tree. The 27-date outing kicks off in Charlotte, North Carolina on March 28 and wraps at the Tail Winds Music Festival in Wappingers Falls, NY on June 29. Support will come from Tyler Bryant & the Shakedown.

“There was no plan! We never sit around and talk about the theme of a record or how we want it to sound. If we did, it might sound contrived. But what we did do was, last year we released an EP of us doing our favorite blues songs—Muddy Waters, Howlin’ Wolf, Freddie King. It was all the great artists we grew up listening to. We just wanted to have fun and give something to the fans, but I think it had an impact on us as we were writing for this album. The songs were Southern rock because that’s us, but they had a deep blues vibe.”

Added Robertson: “I think that’s why the songs kind of fit together, but again, we didn’t think about it or plan it out. We just wrote what we thought was great and did a bunch of demos. I keep my computer with Logic on the bus, so we always have the ability to put ideas down when they come to us. We didn’t rehearse anything—just went into the studio and laid the stuff down. And you can hear it, too. The songs sound spontaneous because they are. The worst thing in the world is when people are playing the same part to death—it’s sterile.”

See below for the full tour itinerary. For more information, head over to BlackStoneCherry.com.

May 25 - The Shed at Smoky Mountain Harley Davidson - Maryville, TN