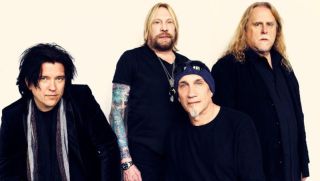 Gov't Mule have announced a spring U.S. tour, kicking off on April 12 in Vail, Colorado. The upcoming run features back-to-back nights at the Belly Up in Aspen, Colorado and the Georgia Theatre in Athens. Pre-sale tickets are available February 27 and general on-sale begins Friday, March 1. Head over to Mule.net for all ticketing details.

The spring tour announcement comes on the heels of the news that Gov't Mule will perform on Saturday, April 27th and Saturday, May 4th at the Orpheum Theater in New Orleans, taking place during New Orleans Jazz & Heritage Festival. This year, the band is planning two shows, doubling up on this always-anticipated annual Jazz Fest tradition. Special guests will be announced soon.

Gov't Mule will also headline Mountain Jam, taking place June 13-16, 2019, at Bethel Woods Center for the Arts and Mule frontman Warren Haynes will return as co-presenter of the festival for its 15th year.

You can check out the full Gov’t Mule itinerary below, featuring the new U.S. shows as well as previous announced European and U.S. dates, below.