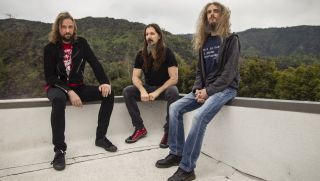 The upcoming North American tour is in support of the Aristocrats’ forthcoming fourth studio album, You Know What…?, set for release on June 28. All dates for “Phase 1” can be seen below and tickets are on sale now. “Phase 2” dates will be announced in the coming weeks.

For more information or to purchase tickets, head over to The-Aristocrats-Band.com.