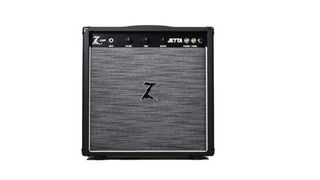 Dr. Z has announced the Jetta, which the company is touting as the most affordable model in its amplifier line.

The hand-wired 30-watt combo is a small, streamlined package (it weighs in at a highly portable 34 pounds) but with big sounds and features. Indeed, Dr. Z assures that the 1x12 is capable of grinding out “thick overdrive at a controllable volume level.”

The amp boasts a pair of 7591 power tubes, three 12AX7 preamp valves and a 5AR4 rectifier, as well as a Celestion H30 speaker.

Also included is Dr. Z’s Metro Zero-Loss FX loop circuit, which allows users to run a pedalboard and retain signal integrity – i.e., all that gain-y goodness – through any path of modulation, delay or reverb effects.

And despite its affordability, the Jetta is loaded with the same premium components – Jupiter caps, a Heyboer power transformer, a Triad output transformer – as its Dr. Z brethren.