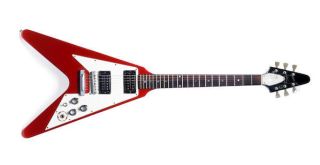 Other guitars sold at the auction, which took place at Bonhams, include Downing’s 1971 Gibson Flying V Medallion guitar, which went for £81,250 (approximately $102,275).

For more information, head over to Bonhams.com.