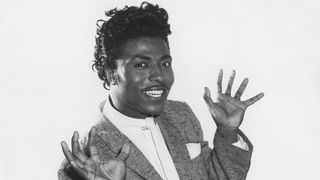 Little Richard, one of the founding fathers of rock ’n’ roll, has died aged 87.

Richard - real name Richard Penniman - had been suffering with hip problems, a stroke and a heart attack in recent years. His death was confirmed to Rolling Stone by his son, Danny Penniman, who said the cause of death was unknown.

Richard pioneered the sound of rock ’n’ roll with a string of hits throughout the ’50s, including Tutti Frutti, Long Tall Sally and Good Golly, Miss Molly.

His flamboyant performance style and showmanship - which was a clear influence on Prince, in particular - set the stage for every live act that followed.

“I really feel from the bottom of my heart that I am the inventor [of rock ’n’ roll],” Richard told Rolling Stone in 1990.

“If there was somebody else, I didn’t know them, didn’t hear them, haven’t heard them. Not even to this day. So I say I’m the architect.”

Richard’s music was hugely influential on successive generations of musicians, including The Beatles, The Rolling Stones, Deep Purple and countless others.

Jimi Hendrix - who was fired from Richard’s backing band for stealing the limelight away from the singer - once said, “I want to do with my guitar what Little Richard does with his voice,” while AC/DC’s Angus Young said, “The way he plays and the way he sings, it’s art and science, everything together.”