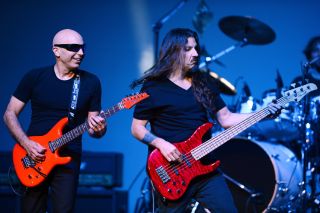 Said Beller about the inspiration behind Scenes from the Flood, “The Wall was the very first album I ever owned. It was a gift from my grandparents for my ninth birthday. I completely absorbed the story, the visuals, the long form double-vinyl structure, and the repeating themes that defined it as a concept album. Ever since, my favorite albums always felt like they were telling a story.

“So when I realized I had that much music in my head, and something to say along with it, I got over my initial fear of tackling something so conceptually audacious, and finally just said, yeah, I’m actually doing this.”

For more information or to purchase, head here.