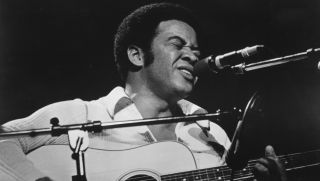 Soul legend Bill Withers, who wrote and sang classic songs including Lean on Me, Lovely Day and Ain’t No Sunshine, has died from heart complications. He was 81.

The news of his death was reported by his family, who said in a statement:

“We are devastated by the loss of our beloved, devoted husband and father. A solitary man with a heart driven to connect to the world at large, with his poetry and music, he spoke honestly to people and connected them to each other.

“As private a life as he lived close to intimate family and friends, his music forever belongs to the world. In this difficult time, we pray his music offers comfort and entertainment as fans hold tight to loved ones.”

Withers was born in Slab Fork, West Virginia on July 4, 1938. He enlisted in the Navy at the age of 18 and served for nine years, after which he relocated to Los Angeles to pursue a music career while working as an assembler for various companies.

He didn’t release his first album until he was well into his 30s. But that record, 1971’s Just As I Am, featured one of his signature songs, Ain’t No Sunshine. Additionally, the album was produced by Booker T. Jones, who also contributed guitar alongside Stephen Stills and Withers himself.

Withers followed up that record with 1972’s Still Bill, which featured the hits Lean On Me and Use Me. His sixth studio album, 1977’s Menagerie, boasted Lovely Day, and in 1980 he scored his last hit with Just the Two of Us, a collaboration with smooth jazz saxophonist Grover Washington, Jr.

Withers released his final album, Watching You Watching Me, in 1985, before going into early retirement.

His songs never left the public consciousness, however. In addition to consistent play on radio and in TV and movies, his work has also been covered by the likes of Michael Jackson and sampled by Eminem and Tupac.

In 2015, Withers was inducted into the Rock and Roll Hall of Fame. Discussing his performance that night, which was something he said he hadn’t done in roughly 25 year at that point, Withers told Rolling Stone:

“Oh man, it was okay. You gotta figure I was in my thirties when I started doing this, so I was socialized as another person before this. So it’s not like my whole life was wrapped up in this entertainer thing. I started building houses, bought some tools, a truck, so there’s no rule that says your life has to be one thing.

“You have to have a certain personality. I really don’t have the personality to do this all the time. I’m not that outgoing. I’m rather shy – I’d rather hide. I never danced. I hid behind the guitar. So it’s all life, you know, as long as you’re doing something.”