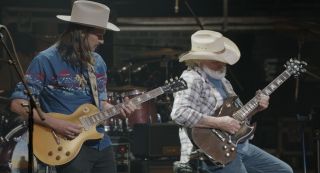 Recorded during the band's July 21, 2018 performance at the historic St. George Theatre on Staten Island in New York City, Ramblin’ Man is set for a July 26 release on DVD/CD + LP.

Today, we present the exclusive premiere of the set's title track, a scintillating version of Betts' signature contribution to the Allman Brothers Band catalog. You can check it out below.

"When I first wrote this song, I didn’t think much of it," Dickey Betts told Guitar World. "When I played it for the band they insisted we record it. Now, it seems it’s the one song I have to play every night!"