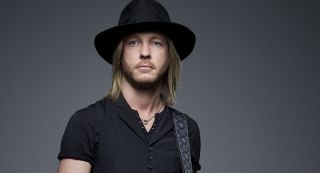 The Kenny Wayne Shepherd Band have announced a new album, The Traveler.

You can check out the album's first single, "Woman Like You," below.

"Because of my family, my friends, and my fans I’ve been able to explore the depths of music and chase songs wherever they may lead me,” Shepherd said in a press release. “We’ve been able to do things and go places that were once just a dream, and it's all because of the music and the people who support it. The Traveler is a return on their investment."

You can check out The Traveler's album art and tracklist below. To preorder the album, step right this way.

For more on Kenny Wayne Shepherd, head on over to kennywayneshepherd.net.