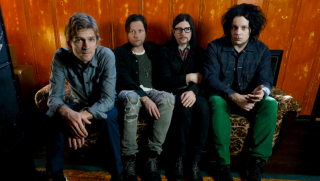 The Raconteurs, featuring Jack White, Brendan Benson, Jack Lawrence and Patrick Keeler, have announced an extensive run of North American headline tour dates. The new dates span from July to October and include previously-announced festival appearances at Woodstock 50 and Railbird.

Tickets to the North American headline dates go on sale to the general public on Friday, April 12 at 10am local time.

You can check out all tour dates below.

For tickets and more information on all tour dates, head over to TheRaconteurs.com.

September 12: Sony Centre for the Performing Arts – Toronto, ON