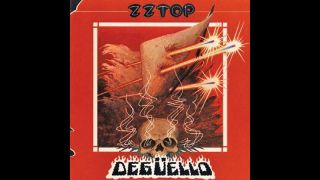 Degüello, ZZ Top’s finest album to date at the time of its release, proves that the “Little Ol’ Band from Texas” was continuing to refine their unique brand of boogie, fusing their knack for a humorous lyric to a more focused take on their trademark sound. GW cover star Billy Gibbons has always been a master of tone and taste - that rare breed of guitar hero who sounds like he’s still got plenty left in the tank and doesn’t blow the goods in every solo. Their visual impact was refined by the time Degüello was released, and they looked pretty much like the band that stormed the gates of MTV a few years later, astonishing long-time fans by turning Texas blues into megahit territory with the addition of samplers and sequencers.

Ironically, this album was the first to see them dip a toe into the techno waters with the use of clavinet on “I Thank You,” yet it sounds as rootsy as they’d ever sound. Not to state the obvious, but for more about Gibbons and ZZ Top, be sure to check out this month’s cover story!