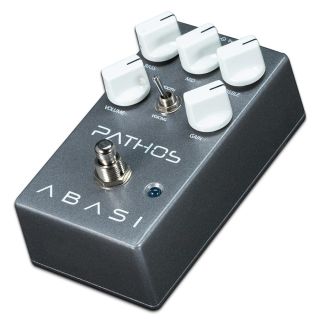 Animals as Leaders guitarist Tosin Abasi has unveiled the new Pathos overdrive, which he calls “the first in an emerging line of Abasi pedals.”

The Pathos, according to Abasi, is designed to function as “several dirt boxes in one—be it a push to a driven amp, a full-on distortion channel in front of a clean amp, or a boost in front of a digital modeler.”

Crafted by Abasi in conjunction with Brian Wampler of Wampler Pedals, the Pathos features “smooth” and “edge” voicings, a three-band EQ and volume and gain controls, top-mounted jacks for easy pedalboard placement and true-bypass switching.

For more information, head over to AbasiGuitars.com.