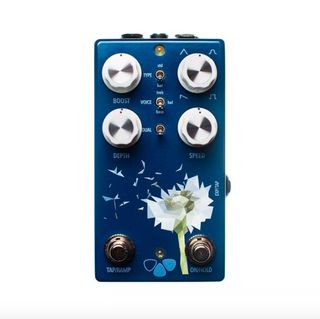 The Dandelion boasts both standard and harmonic tremolo, along with three voicings for the harmonic mode. Controls are available for Boost, Depth, Speed and Shape.

For more information or to purchase, head to Flower Pedals.