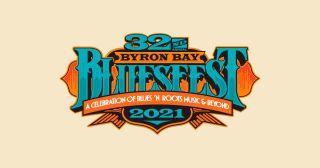 After making history last month with the titanic 50-act first announcement, the team behind Bluesfest 2021 have now followed up with an all-Australian second dose, led by none other than Tash Sultana – with the world-exclusive live debut of their new full-band project, to boot!

In a statement given alongside the announcement, Sultana declared: "I've [gotten] to a point where the music I've written is beyond the capabilities of looping so I've decided to get a backing band to play the written parts live and I’m looking forward to performing them at Bluesfest next Easter.”

Organisers have confirmed that Bluesfest 2021 will be Sultana's only east coast festival performance for the year. In addition, the lineup features such national treasures as Kev Carmody, Russell Morris, Briggs, Kim Churchill, Mama Kin Spender, Hiatus Kaiyote and All Our Exes Live In Texas.

One of the ten new additions to the bill, Ziggy Alberts, is set to debut new material written during his time in lockdown. “Stoked to be back at Bluesfest 2021," he says. "I love this festival and we had such a great time back in 2018. I’m looking forward to coming out strong after some time away from touring. See ya'll there!”

Also joining the lineup is Cold Chisel legend Ian Moss, who's set to play a set right before his bandmate Jimmy Barnes on the Easter Sunday. "We are going to tear the place apart," Moss promises. "[There'll] be a lot of great Australian bands and artists hitting those stages.”

Tickets for Bluesfest 2021 are on sale now via the festival's website.
Cop the full lineup and event details below.