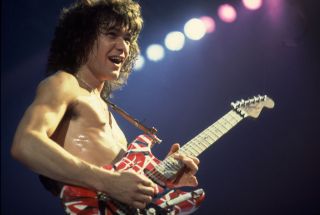 The Metropolitan Museum of Art will present a new exhibit titled Play It Loud: Instruments of Rock and Roll, featuring more than 130 instruments that were used by artists including Jimi Hendrix, the Rolling Stones, Metallica, Jimmy Page, the Beatles, Chuck Berry, Steve Miller, Elvis Presley, St. Vincent, and more.

According to Rolling Stone, the collection boasts instruments spanning from 1939 to 2017, and was curated from 70 private and public collections in the U.S. and U.K.

Some of the featured items, most of which have never been seen apart from their performances onstage, include Eric Clapton’s “Blackie,” Eddie Van Halen’s “Frankenstein” and Jerry Garcia’s “Wolf.”

Other highlights include Chuck Berry’s main guitar from 1957 to 1963, Jimmy Page’s “dragon-embroidered costume” worn during Led Zeppelin’s live shows circa 1975 to 1977 and St. Vincent’s electric guitar from 2015.

For more information, head over to MetMuseum.org.