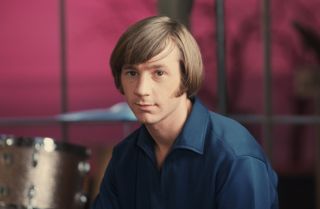 Monkees bassist Peter Tork — a multi-instrumentalist who wrote or co-wrote some of the band’s most beloved deep cuts — died Thursday of unknown causes at age 77. Although he was diagnosed with adenoid cystic carcinoma 10 years ago, he was back in action only a few years later and continued to tour with the band — in its many latter-year configurations — until 2016.

As recently as October 2018, Tork reassured fans about his health via his Facebook page. “While it is true that my health has required a little more attention these days, I’m feeling pretty good. I’m also cherishing this time with family and friends, and making music. Keep your eyes open for some possible web concerts with friends and other musicians; we’ll see what comes down the pipeline. As for the rest, thanks for your good wishes. This is a private time and I won’t be posting updates.”

Although fellow Monkees Davy Jones (1945-2012), Micky Dolenz and Michael Nesmith sang — and are associated with — most of the band’s biggest hits in the Sixties, Tork is responsible for several respected tracks in the band’s catalog, including “For Pete’s Sake,” which served as the soundtrack to the end credits on the band’s eponymous hit TV show, and “Can You Dig It?” He also wrote or co-wrote several other fan favorites including “No Time,” “Goin’ Down” and the extra-bizarre “Zilch.” (He also sang the equally zany "Your Auntie Grizelda.")

Although several members of the band were already accomplished songwriters and musicians when The Monkees hit the air in 1966, Jones, Dolenz, Nesmith and Tork often were told which songs they’d be recording — and they weren’t invited to play on their early sessions.

“I wasn't resentful because we had songs by Tommy Boyce and Bobby Hart, Carole King and Neil Diamond,” Tork told Guitar World in 2013. "’Shades of Gray’ was written by Barry Mann and Cynthia Weil — masters. We would play these songs and say, ‘Yeah, that's a good song. Let's do it.’ And that's all we cared about, really. Having great songs.

"That said, I wish we didn't have to go through the hassles we did to get to be musicians on the records. I didn't have any desire to get rid of Don Kirshner. Don had the magic touch. ‘By all means, bring us songs, Donny! We just want to be the musicians. And we can bring something extra to these records and make them more fun for the audience. You bring the songs, we bring the fun. Let's work together!’ But Donny took it personally and went off in a huff. A huff, at the time, was like a Smart Car now [laughs].”

I performed with Tork (and Dolenz) in 2013. The more I talked to him, the more impressed I was by his love and knowledge of blues music; it — given his pop-star past — was a pleasant surprise, to say the least. It reminded me of the time I had seen him perform at the Anaheim Marriott during the 2010 Winter NAMM Show. Not only did he perform straight-ahead blues that night, but he and his band also delved into bluesy, guitar-heavy renditions of Monkees classics.

"I was talking to Jimi Hendrix while I was just learning vibrato on the guitar," Tork told me. "I had learned to 'pull' vibrato, but you can't pull on the first string, so you have to learn to 'push' vibrato. I was saying to Jimi, 'I'm just beginning to get that push vibrato.' He said, 'Yeah, you push against the weight of the guitar.' And my eyes lit up. 'Mother of God, that's how he does it!'

"So you have to push and be conscious of the weight of what you're pushing against, not just pushing the string. There's nothing more annoying than somebody who has 'panic vibrato,' when they shake their fingers as hard as they can. Panic vibrato is the most annoying, unmusical thing you can think of. Hendrix's vibrato was so engaging, and it involved you and it was earth-shaking. When he said, 'You work against the weight of the guitar,' suddenly I was pushing stuff around in a big way. That was a wonderful clue.

"I also met Stevie Ray Vaughan by chance on the road in Australia or something. I said, 'Where do you get that tone?' And he said, 'It comes from the heart, man.' That's all he would say. And I'm saying, 'What effects do you use? How loud do you turn up?' But all he said was it comes from the heart."

That Time Neil Young Let Loose with The Monkees