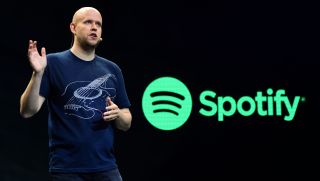 Many artists have long had a love/hate relationship with Spotify, welcoming the streaming service’s ability to bring their music to new ears while also decrying the fact that the low per-stream payout has put the nail in the coffin of a major source of revenue – earnings from recorded music (which, admittedly, had been in free fall for years).

Now, recent statements by Spotify CEO Daniel Ek have only served to further ignite tensions, as Ek seems to have put the onus on the musicians themselves for their dwindling earnings.

“It’s quite interesting that while the overall pie is growing, and more and more people can partake in that pie, we tend to focus on a very limited set of artists,” he told Music Ally in an interview following the announcement of Spotify’s Q2 numbers.

“Even today on our marketplace, there’s literally millions and millions of artists. What tends to be reported are the people that are unhappy, but we very rarely see anyone who’s talking about… ‘I’m happy with all the money I’m getting from streaming.’ Stating that publicly.

"In private they have done that many times, but in public they have no incentive to do it. But unequivocally, from the data, there are more and more artists that are able to live off streaming income in itself.”

While you (the listener) benefit & enjoy spotify, it's part of what's killing a major income stream for artist/creators. The amount of artists "rich enough" to withstand this loss are about .0001%. Daniel Ek's solution is for us to write & record more on our dime?! Fuck him! https://t.co/IpPy7QCQWBAugust 1, 2020

The fact is, Ek continued, “There is a narrative fallacy here, combined with the fact that, obviously, some artists that used to do well in the past may not do well in this future landscape, where you can’t record music once every three to four years and think that’s going to be enough.

“The artists today that are making it realize that it’s about creating a continuous engagement with their fans. It is about putting the work in, about the storytelling around the album, and about keeping a continuous dialogue with your fans.”

It was this last statement – which many artists interpreted as a non-musician telling them they must work harder – that garnered the most criticism. Former R.E.M. bassist Mike Mills tweeted, simply, “Go fuck yourself,” while David Crosby chimed in with “You are an obnoxious greedy little shit Daniel Ek.”

(1 of 2) What a greedy little bitch...it’s bad enough that he’s worth BILLIONS based on stealing and giving away other musician’s music...but now he’s suggesting we need to make MORE music for HIM to make more money!!! F-@Spotify and F-@eldsjal 🖕🤬https://t.co/gMCs2lNAPuAugust 3, 2020

On the heavier end of the music spectrum, former Dream Theater and current Sons of Apollo drummer Mike Portnoy wrote “it’s bad enough that he’s worth billions based on stealing and giving away other musician’s music...but now he’s suggesting we need to make more music for him to make more money!,” while Sebastian Bach and Dee Snider chimed in as well.