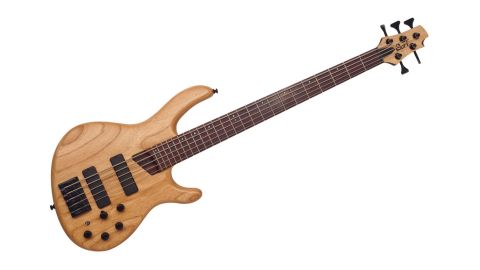 Cort is one of the largest musical instrument manufacturers in the world, yet its instruments don’t enjoy the same wide distribution and popularity as many better-known brands. What gives?

The answer lies in Cort’s primary role in one of the industry’s most poorly kept “secrets”: the Cort factory in South Korea (and more recently, Indonesia and China) manufactures instruments for many big-time American and European brands, helping builders to flesh out their product line with low-cost import models.

Manufacturers as wide-ranging as Fender, Ibanez, G&L, and ESP subcontract the production of some of their low-end lines to the massive Korean company. In fact, it could be argued that Cort is almost singlehandedly responsible for the low-cost/high-quality revolution that occurred back in the early aughts and which now represents the norm.

Cort hasn’t been immune to controversy, either, embroiled in the same kind of unfair-labor-practice disputes that are a familiar facet of a globalized economy.

In addition to its massive OEM-production business, Cort has long designed and manufactured its own line of basses and guitars. Given Cort’s long history of manufacturing other companies’ designs, I was anxious to check in and see if its experience added up to a winning new bass of its own.

The B5 Plus AS is an affordable 5-string with many of the touches previously associated with more expensive basses. It fuses a selection of natural- finished woods with active electronics and Bartolini soapbars, and to the untrained eye has the same aesthetic vibe as many boutique instruments.

The B5 makes an excellent first impression. Our tester’s open-grained ash body was finished with a thin lacquer, allowing me to feel the subtle undulations of the wood under my hand and imparting the instrument with an organic vibe.

Similarly handsome is the Cort’s five-piece wenge/rosewood neck. Long a feature of high-end instruments, laminated necks made of contrasting wood species can help mitigate the effects of weather. The matching headstock cap is another elegant touch.

I was generally impressed with the B5’s hardware, particularly its use of Hipshot Ultralite tuners, which are among the best. The generic Cort-branded bridge did its job, too, but the plastic nut wasn’t up to the generally solid quality of the rest of the bass. I also wasn’t especially impressed with the skill of whoever put on its strings, as they left only a wrap-or-so on the post and neglected to push the string down to ensure good contact at the nut.

The instrument’s overall fit-and-finish was hard to fault. It’s obvious that Cort has been at the building game for a while. The frets were well installed, with no sharp edges or poorly filed crowns. The neck joint was solid and tight, and even the control cavity (which is often a dead giveaway for a cheap bass) was relatively neat and tidy. Speaking of the control cavity, it houses a Markbass MB-1 preamp.

It’s the first time I’ve encountered an onboard system from the Italian manufacturer better known for its amps. It doesn’t offer any bells and whistles, instead providing the tried-and-true 3-band EQ + active/ passive switch. In the Cort, the MB-1 is paired with Bartolini MK1 pickups, nearly ubiquitous on many a faux-boutique import bass.

Playability is a subjective thing, given the diverse spectrum of bodies, hands, and personal taste out there. That said, given my playing style, I was not especially enamored of the approach Cort took with the B5. There was nothing objectively wrong with the bass; it balanced well, was decently light, and had a nice neck contour.

Rather, the string spacing was way too narrow for me, both at the bridge and nut. Pick-style players or those who don’t dig in with their plucking hand may prefer it to a wider spacing, though. The fingerboard radius is also quite flat—again, whether this feels right is up to you.

The B5 proved itself a capable bass throughout testing, offering a useful array of tones. With everything set flat, the Cort’s intrinsic sound was bright and wiry, but with a healthy low-end response and present and articulate mids.

The Markbass preamp is well voiced, with each EQ band offering a useful bump at thoughtfully chosen broad-Q frequency centers. With the bridge pickup engaged, I found myself cutting the highs to get a full-throated Jaco-esque sound. The treble filter is well suited to the purpose.

The pickup-blended tone is solid and full-bodied, but for the slight scoop in the lower mids that helps make the Cort an impressive slapper. Dialing in the neck pickup yielded a solid approximation of the woolly and robust J-style-bass sound. The B5’s clarity made chordal work ring clear, and the B string was admirably beefy and well balanced with the rest of the instrument.

The B5 is a handsome and broadly capable bass for a player on a budget who craves the look of a higher-end bass. Its narrow spacing would make it an especially good choice for someone with smaller hands or those who dig dexterous chordal work.