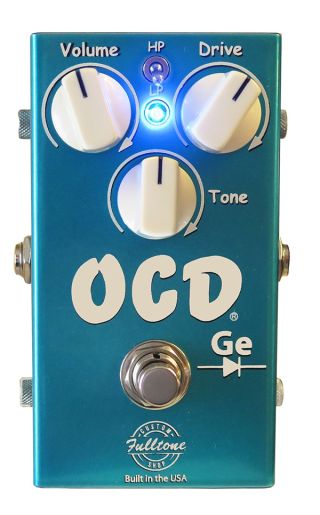 Fulltone has released several versions of its beloved OCD circuit over the years, but the company's newest, the CS-OCD-Ge might just be, as founder and designer Michael Fuller says, the “ultimate” version.

The limited-edition Custom Shop run of pedals comes in an enclosure finished in Metallic Teal with a chrome undercoat, and sports a blue LED.

The price is still TBA, but Fuller is giving away six pedals on July 4. Enter here for a chance to win.

For more information on the CS-OCD-Ge, head to Fulltone.