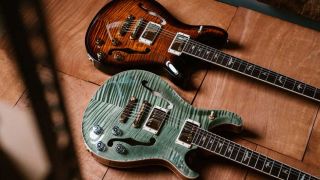 The guitar also features a figured maple top and back with mahogany middle, and a 22-fret mahogany neck with rosewood fretboard and "old-school" bird inlays.

For more info on the guitar, head on over to prsguitars.com.