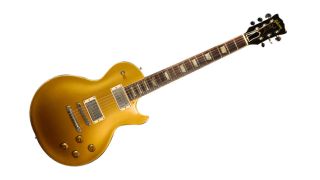 2019's far from over, but it's already been a banner year for record-shattering electric guitar auctions.

Back in June, Pink Floyd legend David Gilmour rewrote the record books with his much-hyped personal guitar auction. Now, it has been revealed that Duane Allman's 1957 Gibson Les Paul, which he used to record Layla with Eric Clapton, has changed hands for an amazing $1.25 million.

The guitar was Allman's main instrument in the early years of The Allman Brothers Band, and can be heard extensively on the band's first two albums - which include the original versions of songs like Whipping Post, In Memory of Elizabeth Reed and Midnight Rider - and Derek and the Dominos' Layla and Other Assorted Love Songs.

Shortly after the Layla sessions concluded, Allman traded the guitar for a 1959 cherry sunburst Les Paul owned by the Stone Balloon's Rick Stine. The guitar is said to have changed hands three more times before being acquired by its most recent owner in 1977. The guitar has since been refinished twice.

The Les Paul had been on display at the Allman Brothers Band Museum in Macon, Georgia, and had been played in the intervening years by Billy Gibbons, Derek Trucks, Vince Gill and a number of other guitar legends.

Last month, Allman's At Fillmore East Gibson SG sold for $591,000, instantly making it one of the 20 most valuable guitars ever sold.