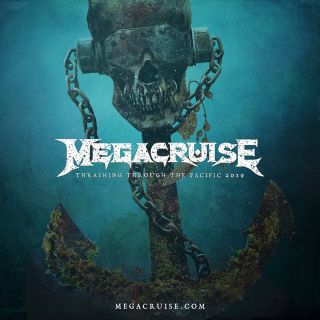 Back in June, Mustaine hinted at the upcoming event in an interview on Rock Talk with Mitch Lafon: "We're hoping April of next year," Mustaine said. "We've got a huge festival that we're going to be announcing...It's really a big deal. It's kind of an equivalent of Gigantour, but it's a much fresher idea."

In a recent interview with Guitar World, Mustaine was asked if Megadeth is currently working on a follow-up to 2016's Dystopia.

Mustaine replied: "Yes, actually, we are. We have been for a few weeks now. All the band members are at home writing stuff and putting it in the same spot, keeping all the riffs centralized in one place. And anybody can access anybody’s stuff. And then once we’re done I’ll start assembling everything.

As for whether fans can expect a new Megadeth album in 2019, Mustaine said: "Absolutely. For sure. A whole new record, I would say the chances are probably 95 percent. And at least one new song, I’d say it’s 100 percent. No question."

For more information, go to Megadeth.com.