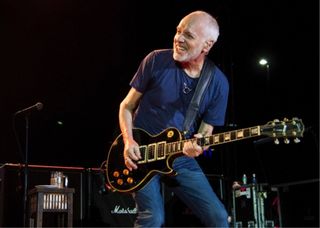 Tickets go on sale to the general public beginning Friday, March 1 at 10 A.M. local time at LiveNation.com. VIP packages will also be available at Frampton.com.

“I’m honored,” Frampton said in a press release. “I played the prototype Limited Edition Texan on a British TV show and it sounded incredible. And we’ve been working together for quite some time on getting this Limited Edition Les Paul Custom Pro as close as possible to my original “Phenix” Les Paul, which is on the front cover of Frampton Comes Alive. It’s just a really well-made true representation and I’m thrilled.”

†with Julian Frampton
+not a Live Nation date