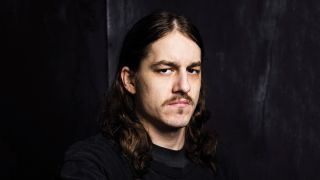 His bandmates confirmed the news on social media, posting a statement which reads: “Rest in peace to our brother and bandmate, Riley Gale.

“It is with the greatest of sadness we must announce that our lead singer and brother Riley Gale passed away last night.

“Riley was a friend, a brother, a son. Riley was both a larger than life rock star and a humble and giving friend. He touched so many lives through his lyrics and through his huge heart. He treated everyone he met as a friend and he always took care of his friends.

“We will celebrate Riley's life and never forget the great works of music, charity, and love that he left behind. You, the fans, meant so much to him, please know how special you are. If you have a memory of Riley please share it, no matter how small, as we remember him.”

The band closed by asking fans to send donations to Dallas Hope Charities in lieu of flowers.

No cause of death has been announced.

Guitarists and musicians from the metal community have paid tribute to Gale on social media. We’ve shared a selection below.

We were able to chat about comics, games, and food - often - and you fronted a band that had the world excited like no other. You will be greatly missed. Rest In Peace Riley. pic.twitter.com/6GQ5oDzvXlAugust 26, 2020

Just heard about Riley. Goddamnit. Sending love to his family and friends and his band. @powertriptxAugust 26, 2020

Very sad to hear about the death of Power Trip singer Riley. Saw them open for Cannibal Corpse and they were fucking awesome. Sending positive energy to the bandmembers and his family 🖤🖤🖤 https://t.co/pzJU3D0rwkAugust 26, 2020

Rest In Peace Riley. you made a huge dent in heavy music history that will last forever. our deepest condolences to his friends, family and the guys in @powertriptx https://t.co/bIqlX49dfNAugust 26, 2020

Rest in Power, Riley Gale of Power Trip. We were looking forward to making memories together next year. Our thoughts are with you all. https://t.co/zbuynYcm55August 26, 2020