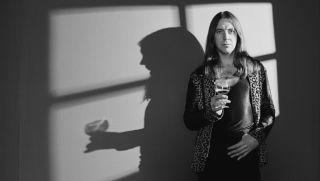 Phil May, best known as the frontman for long-running British R&B and rock act the Pretty Things, has died from complications following hip surgery. He was 75 years old.

“It is with very deep sadness that the management of the Pretty Things have to announce the death of the band’s lead singer, Phil May,” a statement read.

May had been locked down in Norfolk, England, with his family. He underwent emergency hip surgery after suffering a fall from a bicycle, after which complications set in.

May passed away on May 15 at the Queen Elizabeth hospital in Kings Lynn, Norfolk.

The Pretty Things rose out of the same scene as the Rolling Stones, with the band’s guitarist, Dick Taylor, attending Sidcup Art College alongside Keith Richards and Mick Jagger. Taylor also played bass in a very early version of the Stones.

Following his short stint with the band, Taylor teamed up with fellow Sidcup student May to form the Pretty Things, naming the group after the Willie Dixon song Pretty Thing.

The band had early success as a hard-edged blues and R&B unit, charting singles like Rosalyn, Don’t Bring Me Down and Honey I Need in the UK. They also gained a bad-boy reputation due to their long hair and provocative behavior.

Over the years they played everything from rock and hard rock to soul, psychedelia and new wave.

Although they never achieved mainstream success outside of the UK, the Pretty Things played a vital role in the development of British rock in the 1960s, and influenced artists ranging from David Bowie and Aerosmith to the Ramones and the Sex Pistols.

In 1974, they were one of the first acts to be signed to Led Zeppelin’s then newly-formed label, Swan Song Records.

“[T]he music that they were doing on Swan Song was incredible,” Jimmy Page once told Uncut.

“It was the sort of band that, when someone said, 'Oh, some tapes have come in,' I was keen to hear what they'd done, because it was always so good! Good writing, good performance from everybody. A fine band.”

While the Pretty Things underwent numerous lineup and label changes throughout the years, May remained at the helm for their entire run, and was the longest-serving member of the group.

Their most recent album was 2015’s The Sweet Pretty Things (Are In Bed Now, Of Course…).

The Pretty Things split up officially in 2018, with May and Taylor still leading the band.