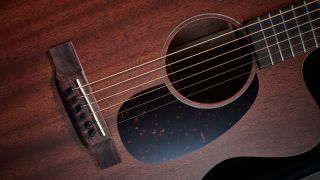 In 2017, the guitar world was turned upside-down by the introduction of trade restrictions on rosewood, one of the most commonly used tonewoods in electric and acoustic guitar building - but after years of campaigning, the wood looks set to return.

A new exemption for musical instruments was approved on August 26 by a key committee for the Convention on International Trade in Endangered Species of Wild Fauna and Flora (aka CITES).

The 2017 restrictions led to losses of tens of millions of dollars in sales for the musical instrument industry, leading brands and musicians to pen a brief that stated, “the world of music and culture will lose certain instruments that produce the highest quality tones, with no corresponding conservation benefit,” according to NPR.

Martin and Taylor Guitars - the latter of which had even ceased production of certain all-rosewood models as a result of the original restrictions - have welcomed the news, and observed that musical instruments were never the problem, with high-end furniture in China cited as the primary cause for the limitations.

The return of rosewood?

The restrictions resulted in several companies - most notably Fender - dropping rosewood from its more affordable guitar lines, instead opting for alternatives such as pau ferro.

That leads to the question: will rosewood return to these more affordable line-ups? Or have guitarists embraced the alternatives sufficiently to avoid rolling back the spec?

We’d wager there will be an increase in new low-cost models featuring rosewood fingerboards, as well as special editions - such as Fender’s recently unveiled all-rosewood neck Jazzmaster - but we don’t anticipate existing pau ferro-’boarded guitars to change any time soon.

Whatever the case, this is great news for guitarists, especially for anyone buying and selling internationally. The future’s looking rosey, all right.