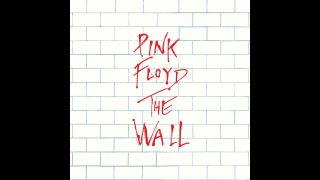 Recorded over a period of approximately 11 months, and the band’s best-selling album (topping the Billboard charts for 15 weeks) after 1973’s The Dark Side of the Moon, The Wall has become a dominant work in the band’s canon since its release. It was toured in its entirety by the band in 1981-’82 (and later by Roger Waters) and was adapted into a successful film in 1982. That prog-rock staple, the “concept” album, has never been employed to better effect than here. After years as the ultimate albums band, Pink Floyd took a surprising left turn into the pop charts with “Another Brick in the Wall,” a song that pretty much everyone knows. This expansive double album features numerous examples of David Gilmour’s sublime guitar playing — the epic vibrato, huge overbends and signature tone he’s well renowned for — including “Mother,” the iconic solo on “Brick” and “Comfortably Numb.”

Several years ago, Gilmour discussed his approach to this legendary solo: “I banged out five or six solos. From there I just followed my usual procedure, which is to listen back to each solo and make a chart, noting which bits are good. Then, by following the chart, I create one great composite solo by whipping one fader up, then another fader, jumping from phrase to phrase until everything flows together.”