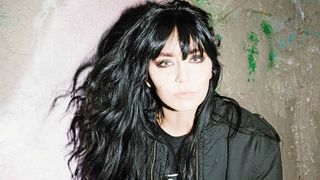 “Some dumb luck, as is often the case.” That’s how Tony F from California duo Dead Posey describes the means by which they’ve managed to find a way to subvert all the traditional music-biz norms.

Avoiding the usual 'pay yer dues' grind, they went straight from unveiling their first track online in 2017 - Holy Grail - to having their songs used in numerous TV shows and ad campaigns.

“When we first started, we knew that a lot of bands in LA get in the rut of playing the same old venues,” says vocalist Danyell Souza. “Our publisher, Position Music, worked really hard to make things happen. When it comes down to it, it’s all about the songs, so we really wanted to focus on that, one song at a time.”

The speed of their ascent is testament to the quality of their unique sonic brew. Take some Son House and Mahalia Jackson, throw in a pinch of Exile-era Rolling Stones and blend with a hint of Jim Morrison’s swagger. Top that off with a ferocious blend of grinding guitars, anthemic choruses, unyielding hooks and the unsettling voodoo vibe of the best Southern folklore, and you’ll get an idea of what the band are about.

A music business veteran with 20 years as drummer in Eve 6, Tony F plays virtually everything on their recordings. “Danyell is very hands-on when it comes to sounds, even down to the tremolo sound on the guitar, for example,” he says. “She’s great at knowing when a song is working or not.”

The band are now doing a lot more live work. “Finding like-minded musicians isn’t hard in LA, so we studied their personality as much as their musical skills. We recently did a tour opening for [Canadian rock band] Palaye Royale in North America. That was so much fun,” Souza adds.

Finally, there are those song titles - Holy Grail, Don’t Stop the Devil, God’s Gonna Cut You Down, Fire Burnin’. “Most of the songs have a kind of melancholy feel,” Souza says. “We’re not religious or anything, but there’s something kind of earthy about that life-and-death grandeur, like a lot of classic blues coming from hymns. I’m a very spiritual person. I believe in ghosts, spiritual stuff, voodoo… you know. It also makes for great visuals to support our music, which has been so crucial for us so far.”