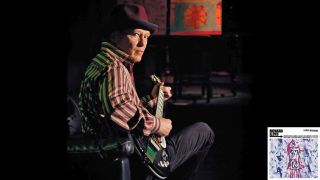 “Having a legacy is better than not having one,” says Richard Lloyd, who along with co-guitarist Tom Verlaine, helped turn Television into one of the most influential and respected bands to come out of New York City’s mid-Seventies punk-rock scene. “I never get tired of hearing people say they appreciate what we did way back when. We weren’t a ‘one-hit wonder,’ but we were certainly a ‘wonder.’”

Television’s debut album, 1977’s Marquee Moon, might have failed to light up the U.S. charts (it never even cracked the Billboard 200), but it turned the heads of critics, who hailed the intricate, fluid and improvisational guitar playing by Lloyd and Verlaine as a groundbreaking combination of jazz, blues and garage rock. “I knew we were doing something special on that record,” Lloyd says. “It was simple in terms of production, but it was honest music played with heart. I think that’s what’s made it sort of timeless.”

Television called it quits in 1978, and a year later Lloyd released a bracing solo album, Alchemy, but for the next seven years he was beset by personal problems and substance abuse. “I call that my ‘Great Depression period,’” he says matter-of-factly. “It took me a while to get a lot of angst out of my system, but then I came back with Fields of Fire, and I’ve kept going since.”

While he’s taken part in sporadic Television reunions, Lloyd’s focus has been on working as a session guitarist while issuing solo albums. His newest, The Countdown, is a fiery collection of snaggle-toothed punk jams (“Whisper,” “So Sad”) and winsome, country-laced rockers (“Just My Heart”) that sport energetic, extended solos. “Each one is completely improvised,” Lloyd notes. “I played them once, but they probably would have sounded the same if I played them 50 times.”

Of the album’s epic, artrock title track, Lloyd says, “I had the riff that begins and ends the song, but that was basically it. I just said to the band, ‘We’re going into the outer limits here.’ So it’s me thinking Hendrix and space travel, and I just let my guitar lead the way. How could I lose?”