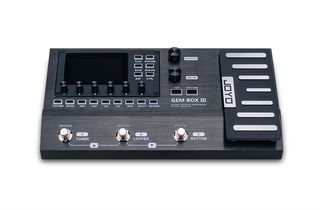 The Gem Box III features 61 preamp models, 157 effects types and 300 preset tones, in addition to 26 impulse responses—with the ability for users to load their own. Its nine effects modules can be adjusted via nine buttons. The company's Studio software, in the meantime, allows users to upload new amp models.

The Joyo Gem Box III is available now for $366.

For more info, head on over to joyoaudio.com.