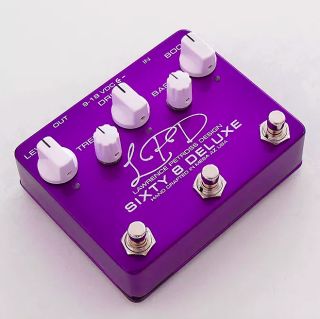 Lawrence Petross Design has introduced the Sixty 8 Deluxe, an expanded version of its Sixty 8 pedal, which the company touts as delivering “classic Plexi tone” with transparent overdrive.

The all-analog Sixty 8 Deluxe boasts all the features of its predecessor, but adds in a footswitch to choose between two gain stages, as well as a boost switch for increased tonal range.

For more information or to purchase, head over to LawrencePetrossDesign.com.