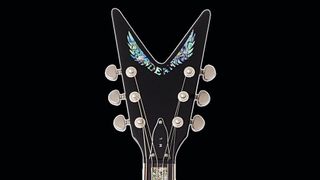 Back in June, Gibson made massive waves in the guitar community when the storied company sued Armadillo Enterprises, the parent company of Dean Guitars and Luna Guitars.

In the lawsuit, Gibson alleged trademark infringement, trademark counterfeiting, unfair competition and trademark dilution on the part of Armadillo.

The following month, the legal battle took another turn when Armadillo filed a countersuit against Gibson seeking to dismiss the case and alleging “tortious interference with Armadillo’s business relationships and/or contracts.”

However they fall, the results of these cases will undoubtedly have a tremendous effect on the guitar industry. Should Gibson come out victorious, a large part of the guitar industry would be forced to shut down in the face of the company's monopoly on certain body shapes, according to trademark lawyer Ron Bienstock.

In an interview with ROI-NJ, Bienstock - who is representing guitar brands like ESP, Peavey and Collings in a separate legal case against Gibson - pushed back on a number of Gibson's legal arguments.

“You’re seeing the impact of trying to put a plug into a large crevice, of Gibson trying to say, ‘You all have to stop doing this’ - but these guitar designs have been in production for decades,” Bienstock said.

Bienstock also cited the time it took for Gibson to file for trademarks for its most famous body shapes - which it only did for a number of its most famous models in the '90s - as detrimental to its case.

“If you are going to trademark a guitar shape, what you have to be saying is everyone looks at that design and recognizes your company as the only source,” Bienstock said. “You also need to say that no one else manufactures or sells it. No one would agree with that, because everybody does and has been manufacturing it, too.”

“Our clients have been making and advertising these guitars for many years and want to continue to be able to be free and clear to do that, which I think is their right.”