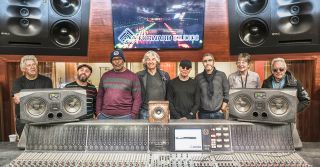 Of the upcoming United States tour, DSL’s Alan Clark and Phil Palmer commented, “The DSL Dire Straits Legacy project was born from our love and respect for the music of Dire Straits, and to bring the music to fans who have been starved of hearing it played live by the musicians who made it, for far too long. Now, after many requests, we're coming to the U.S. Along with all the Dire Straits hits, we’ll also be playing one or two songs from our new album 3 Chord Trick, and a couple of other tunes we’ve been involved with. See you there!"

Dire Straits was inducted into the Rock and Roll Hall of Fame in April, 2018.