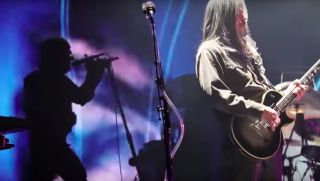 After much anticipation, Tool have finally announced the release date for their forthcoming album. The new studio effort, their first since 2006’s 10,000 Days, will arrive August 30. The date was flashed on video screens at their show in Birmingham, Alabama on May 7 and then posted on the band’s official Instagram page soon after.

The still-untitled album was recorded with producer Joe Barresi (Queens of the Stone Age, Chevelle). Recently, the band debuted two new songs, “Descending” and “Invincible,” onstage, which are both rumored to appear on the record.

For more information, head to ToolBand.com.