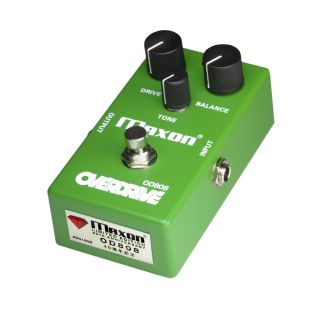 Maxon has unveiled a 40th anniversary limited-edition OD808 overdrive. The pedal, which was created in 1979 by Japanese electronics engineer Susumu Tamura in an effort to create a circuit to compete with the Boss OD-1, was later rebranded for Ibanez as the TS808 Tube Screamer.

The new offering features Tamura-specified modifications to the pedals’ circuitry that promise to “provide a more open, articulate sound with improved dynamic response.”

The OD808-40 will be available in a very limited production run of 400 units, and each will come with a signed certificate of authenticity. In addition, the first 40 units of the pedal will be hand-signed by  Tamura himself.

To purchase, head over to Godlyke.com.