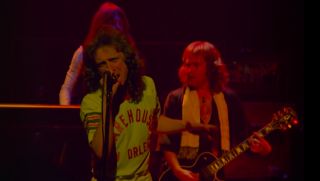 Back in March Foreigner released the concert film Live at the Rainbow ’78. Now the audio of that show is being made available on CD and as a double LP set, for release on July 12.

Said Jones: "1978 was an absolutely magical time for the band, and to come back over to the U.K. to play a headline show at the legendary Rainbow really was a dream come true. The audience was amazing that night. We couldn't have wished for a better show."

The album is currently available to download and stream on all digital service platforms by going here . The film is also available on DVD, Blu-ray, and digital video from Eagle Vision here.

You can check out the full track list below.

Foreigner Live at the Rainbow '78: