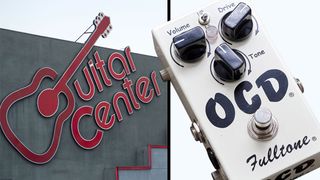 UPDATE: Mike Fuller has since issued a statement claiming that he terminated his dealership with Guitar Center on March 23, 2020.

Guitar Center has announced it will cease stocking Fulltone products in store and online, in the wake of Fulltone founder Mike Fuller’s comments on protests against police brutality.

The news was confirmed in a tweet from the US retail giant, which reads: “We are no longer doing business with Fulltone and are moving quickly to remove all Fulltone products from our stores and websites.”

We are no longer doing business with Fulltone and are moving quickly to remove all Fulltone products from our stores and websites.June 5, 2020

Last week, during Black Lives Matter protests over the unlawful death of George Floyd, Fuller posted several comments on social media that came under heavy criticism. These have since been deleted, but have been widely circulated.

“What is this like night 4 of looting with 100% impunity,” read a post added to the brand’s official page on June 2.

“The pussy Mayor and Governor don’t give a shit about small businesses, and it’s never been more clear.”

This was followed by a further comment, “Ahh I feel better, and flushed out some prissy boys who were raised to pee sitting down. Now I’ll delete.”

Stars including Blink-182’s Mark Hoppus and Jason Isbell condemned the company, as did the brand’s own fan page, Fulltone Pedals, which also shared Fuller’s provocative email correspondence with customers who objected to his stance.

Fuller eventually issued an apology for his comments via Facebook - but this post has since been deleted.