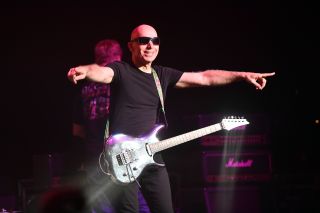 Now, Satch is reissuing the effort as an exclusive release for Record Store Day – with all those classic solos removed.

The double LP will be limited to just 3,500 copies, with one disc featuring the remastered original album and a second disc boasting Stripped – the Backing Track versions of each song.