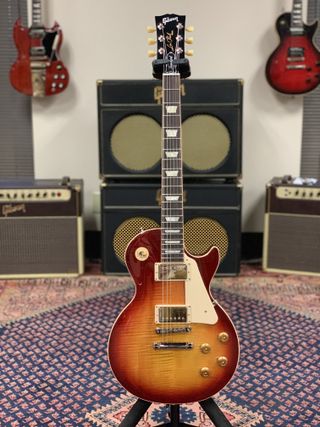 NAMM 2019: In advance of the 2019 winter NAMM show, Gibson has announced a slew of new electric guitar models, led by a Les Paul Standard with classic Fifties specs and a Standard with Sixties specs. “We’re paying tribute to the Golden Era of Gibson by restoring authenticity for musicians with our new lineup of Classics,” said Chief Merchant Officer Cesar Gueikian.

Check out some of the new models below, and head over to Gibson for more information.