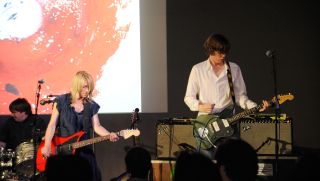 Battery Park, NYC: July 4, 2008 was initially sold as a bonus item alongside the 2009 release of Sonic Youth’s final album, The Eternal. The live album will now be available on streaming services and as a stand-alone physical package for the first time ever.

In advance of the release, you can check out a live version of “Bull in the Heather” here, as well as the cover art and full track list below.