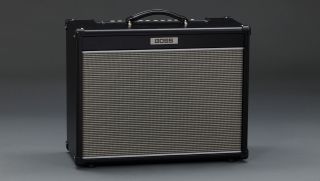 Back in November, Boss announced the Nextone Artist and Nextone Stage amps, which allow for the customization of internal amp parameters, including tone stack type, EQ, sag, bias, effects, system settings and more via computer-based editing for Mac or Windows via the Nextone Editor.

Now, Boss has released a Version 2.0 update for the Editor software that offers additional personalization options. Primary among these is the new Character Shape, which offers “designer level control over the core behavior of the power amp." There’s also an Extra Headroom switch that increases punch and dynamics.

The preamp section boasts a newly-added parametric graphic EQ. Seven new boosts, from overdrive to full-on distortion, have been introduced as well.

There’s also 20 new presets spanning a variety of styles, and a new custom mode that allows all effects to be set independently per channel.

Finally, the Version 2 update makes it possible for users to save and share settings using the librarian function in the Nextone Editor.

The Nextone Editor Version 2 update is available now as a free download.

For more information, head over to Boss.