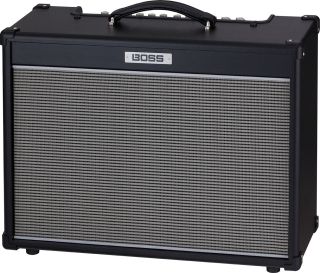 Also on board is Boss’ Nextone Editor, which enables customization of internal amp parameters, including tone stack type, EQ, sag, bias, effects, system settings and more via computer-based editing for Mac or Windows.

Other features include one custom 12-inch speaker, Boost and Tone switches and built-in delay, tremolo and reverb effects; external speaker jacks at 8 ohms and 16 ohms; line, USB, and phones/recording outputs, with three Air Feel mic’d cab settings selectable from the Nextone Editor; and support for direct recording and re-amping via USB.

The respective prices of the Nextone-Artist and the Nextone-Stage have yet to be announced.

For more info, head over to boss.info.