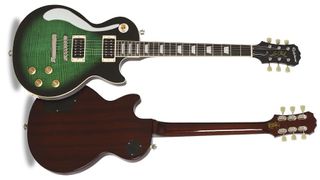 At Guitar World, in the build up to Black Friday and Cyber Monday and throughout the Holiday season, we'll be bringing you the best deals on guitar gear of all kinds.

Aside from releasing a great new record, Living the Dream, with Myles Kennedy and the Conspirators and touring the world with Guns N' Roses, Slash has also released a number of signature guitars in 2018.