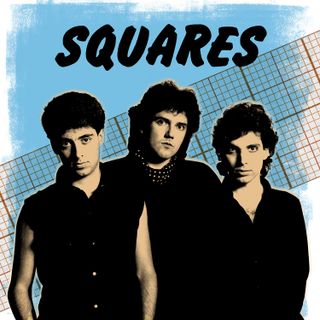 Joe Satriani has announced the release of Squares—Best of the Early 80's Demos, a collection of previously unreleased demos by Satriani's first, pre-fame band, The Squares.

“We were part Van Halen and part Everly Brothers," Satriani said in a press release. "A mix of heavy metal, rock 'n' roll, punk and new wave. We were hard to pin down and categorize, which is most likely why we never ‘made it’!”

You can hear the first single from the collection, "I Love How You Love Me," below via Billboard.

The demos were recorded and mixed by the band's then-sound engineer John Cuniberti. The recordings have now been restored, digitized and remixed by Cuniberti.

“They sound better than ever," Satriani said. "John was careful to preserve the band's original intent with regards to song arrangements, sound and vibe, and in some cases, extremely creative mix ideas.”

The Squares featured Andy Milton, who passed away in 1999, on bass and vocals, Jeff Campitelli on drums and, of course, Satriani on guitar.

Squares—Best of the Early 80's Demos is set for an April 5 release via Satriani's own Strange Beautiful Music imprint.