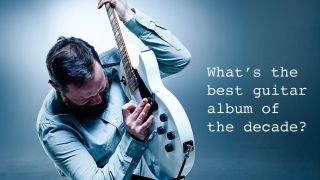 This poll is now closed! Stay tuned for the results very soon...

We’ve already asked for your nominations for the best riff and best solo of the decade, and now we’re onto the big one: best guitar album.

There have been some monumental releases from returning heroes (Tool, anyone?), shred icons and top-of-their game blues players, and now we want you to name your no 1 album released between 2010 and 2019.

Below, we’ve rounded up a host of GW's favorites, as well as those of our dear readers, but if you think something bettered these picks, we implore you to suggest your own.

We’ll be collecting votes until November 30, and revealing the results in December, so get to work!